The Lombenben volcano on Ambae (also called Aoba) in Vanuatu, South Pacific is an active volcano emitting mostly gases (H2O, CO2 and SO2). In early March this year the activity increased leading to a large SO2 emission at approximately 14:00 UTC on 5 April. This emission was estimated to be ~0.12 Tg (SO2) and ranks amongst the highest single emissions in the last 3 years.

The eruption was observed by many satellite instruments and JMA’s Himawari-8 16-channel imager captured the eruption at 10 minute time intervals.

The SO2 reached heights in excess of 16 km and consequently we were able to use the 7.3 µm channel to track and estimate the SO2 vertical column density.

The eruption has mobilised some modellers to simulate the SO2 transport and one simulation shows the SO2 plumes reaching Madagascar by travelling both eastwards and westwards across the Indian and Pacific/Atlantic oceans, respectively.

Eruptions like this one allow satellite researchers to develop their SO2 retrieval algorithms and modellers to test their models. This is considered important in our preparedness for the next big eruption that may affect our climate and disrupt aviation. 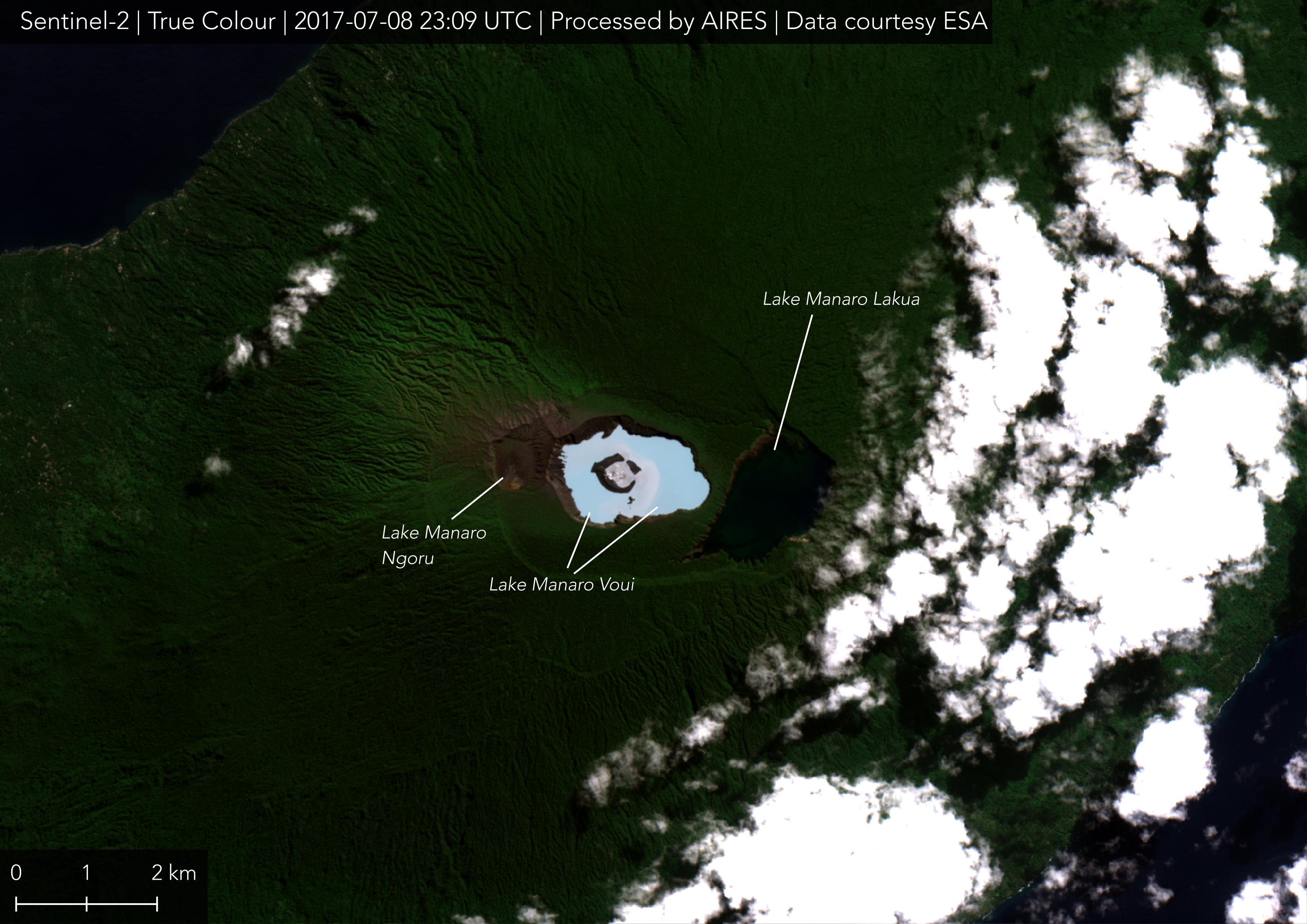 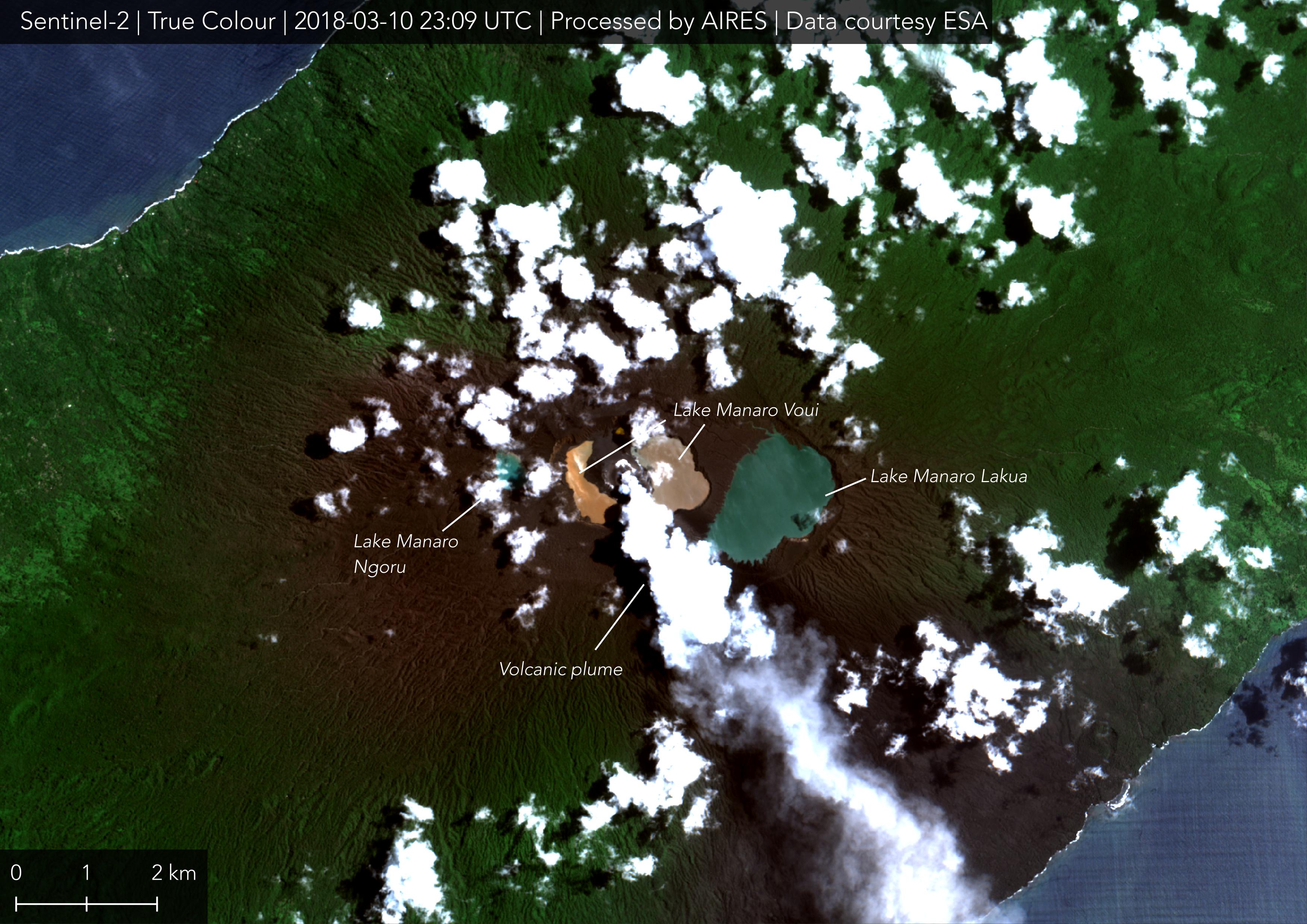 The most recent Sentinel-2 imagery shows an even more dramatic change in colour recently observed at Manaro Voui: the lake in the western basin has changed from a brown-clay colour to a dark red. This is not the first time this change has been observed. A striking shift from turquoise green to dark red was seen following the November 2005 eruption of Ambae (Aoba). It has been suggested that this colour change is due to a change in the redox state of the lake water which could be linked to a change in SO2/H2S content.

Another noticeable change can be seen over Lake Manaro Ngoru, which appears to have completely dried up. Lake Manaro Lakua (furthest to the east), has changed colour from a light turquoise green to a dark green also indicating changes in lake chemistry. 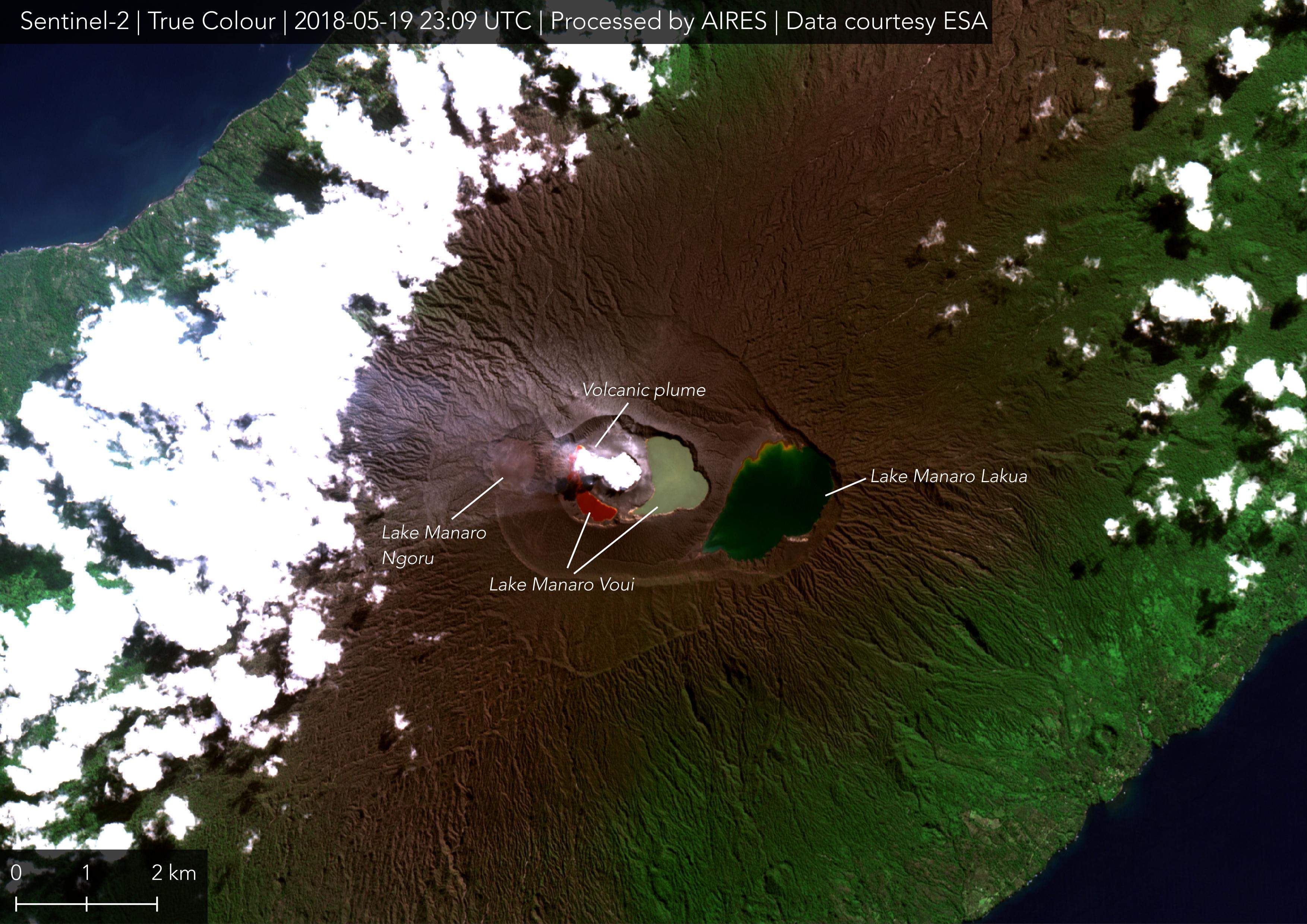 Recent colour changes in the crater lakes of Ambae Island from March to May 2018 (Data courtesy Sentinel-2, ESA).